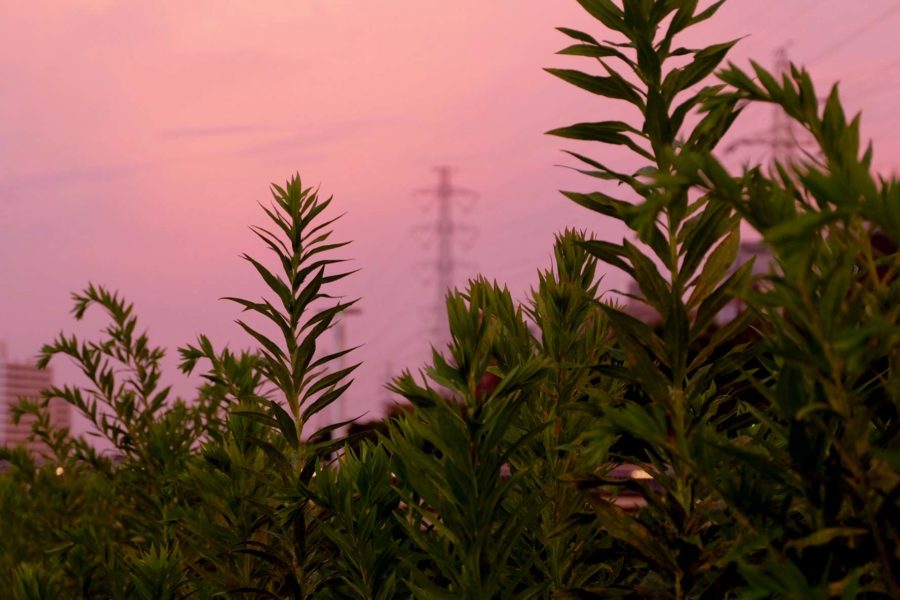 Summer in Japan is sometimes ruthless, but has also its unique atmosphere. For me, it's a time to appreciate the vivid colours that give this seasonal intensity.

Scrolling sunny days one after another, a stormy rain was a perfect and a rare occasion to explore a new area to capture the vigour of August. Also, the clouds were promising exceptional colours around the dusk, so I hastened to take the train heading to the south of Tokyo, Shin-Yokohama.

Before exploring a new area, I usually check few things on the map such as the density or the type of existing stores. This helps me picturing how consequent human have shaped the place and thus the potential for shooting interesting scenes (it is based exclusively on my sensibility and fascination for urban space).

On its outskirt, Shin-Yokohama offers a wide piece of nature with its park including various sport facilities. But I was far to imagine how lucky I was to find such a wide, clear horizon so I could shoot the colour panel of this stormy sky. Mixed with the deepest green of the seasonal vegetation, it tinted a profond atmosphere at the image a tangible pressure striking under summer heat.

A line of supporters had probably set their chairs and equipment earlier when the football match had started. The vivid colours of the players were saturating this scenery extending it still after the sun set. I could perceive the neon of the urban district surrounding the station, contrasting with a slightly wild nature crossed by a small river and a train heading to Shin Yokohama station.

Japan seems to naturally incorporate vegetation into its urban landscape. Kamiyamachō, a district on the backside of Shibuya seems to illustrate this dialogue between nature and urban lifestyle. Rather on the stale of a flower shop or on the remaining street's side, it seems like each peace of nature has a story to tell, and reflects the micro atmosphere along Kamiyama street. Matching the universe of the vicinity, it sometimes highlights a fancy haircut store, hide an intriguing house, or take over the few space urbanity has left free.

Every corner, each entrance has a set of details to showcase, forming an elaborate scene sheltered from the exuberance of Shibuya, yet expressing a unique dynamic soften by a sense of hospitality. 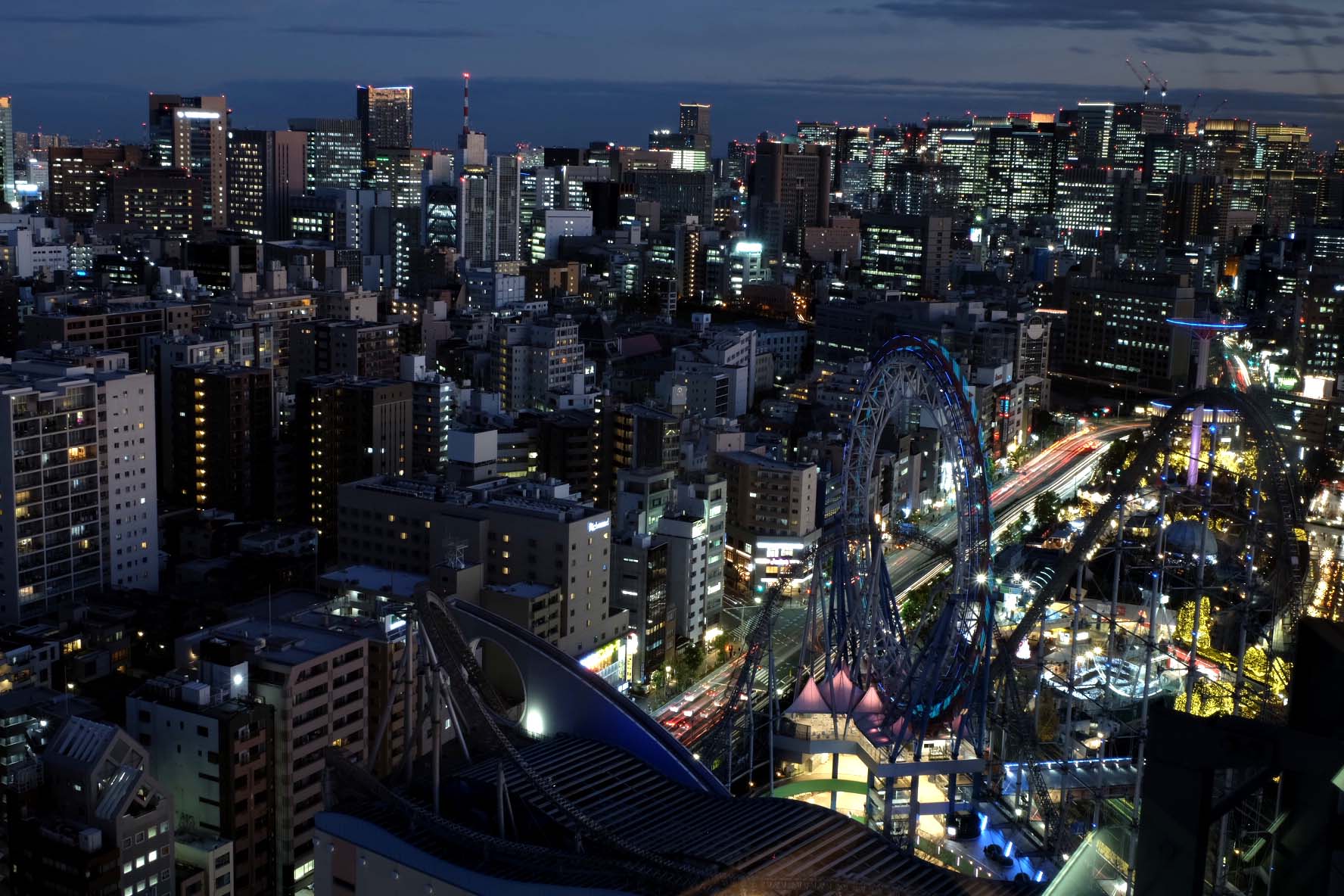 During my first year in Japan, I was somehow devoted to accumulating as many panorama views as I could. Probably carried away by my yearning to understand how this huge metropolis was shaped and in the process of building piece by piece a mental picture of the Tokyoite urban identity.

Still ignorant of the district of Ikebukuro, I thought this observatory would give me insights about an area away from central Tokyo. From the station to Sky Circus building, anime shops, Pokemon center, and unexpected Japanese idols show were popping out in an apparent infinite recreation underground. All of this introduced me to how vibrant and young the district was. Similarly, the observatory is known for its light shows, installations or VR experience. Despite not being particularly in search of such fun extras, the deck was notably designed to improve the aesthetic experience.

It was sunset time, and the material and lights gave me the impression of floating in a crystal ball. Observing the panorama, I was fascinated by how much details such a density could show, enhanced by the dusk, revealing the intricacies of an urban ecosystem. I consider the dusk as the instant when the cities have the most to tell, thanks to the overlapping of artificial lights identifying the high spots and the remaining natural light making the overall landscape apprehensible.

I think the singularity that makes this place valuable is the perspective on the amusement park Tokyo Dome (picture on the very top) with its wheel illuminating the neighbourhood when darkness falls. Considering I’m not planning to experience this attraction, it brings a new intrigue to connect with this singular urban piece.

There is a certain captivation in this miscellaneous composition of park, infrastructure, small housing, all painting together an intricate landscape.

BONUS 1: I believe I’ve taken a lot of inspiration from this place to create the illustration for The Tokyoiter - TOKYO GENERIC

In the adjacent district, the atmosphere shifts for a business scenery with the Marunouchi district and its neat office buildings. I stumbled on this spot because, as a respectable tourist, I was planning to visit The East Gardens of the Imperial Palace. However closed that day, an office lady told me I could grasp a glympse from the Marunouchi building, which I naturally hurried to. Eventually, the view satisfied me enough to not visit The Gardens at all. And most of all, this spot built a certain routine in my Japanese life. Since the location resonates as the heart of Tokyo (Tokyo station and the The East Gardens of the Imperial Palace are usually placed on the center of Tokyo’s maps). It came up in my imagination as a symbol of Tokyo, punctuating my pre-departures to France, and my moments of gratitude for being in Japan.

BONUS 2 : Very close, one of my favourite place to gaze at Tokyo station district is the deck from Kitte shopping mall, which is maybe one of the best pictures of the capital city in my opinion.

*Often considered as a city, Tokyo is in fact a prefecture with its metropolis that counts 23 different wards such as Bunkyo-ku (Sunshine city and Bunkyo City Hall), Chiyoda-ku (Marunouchi building).